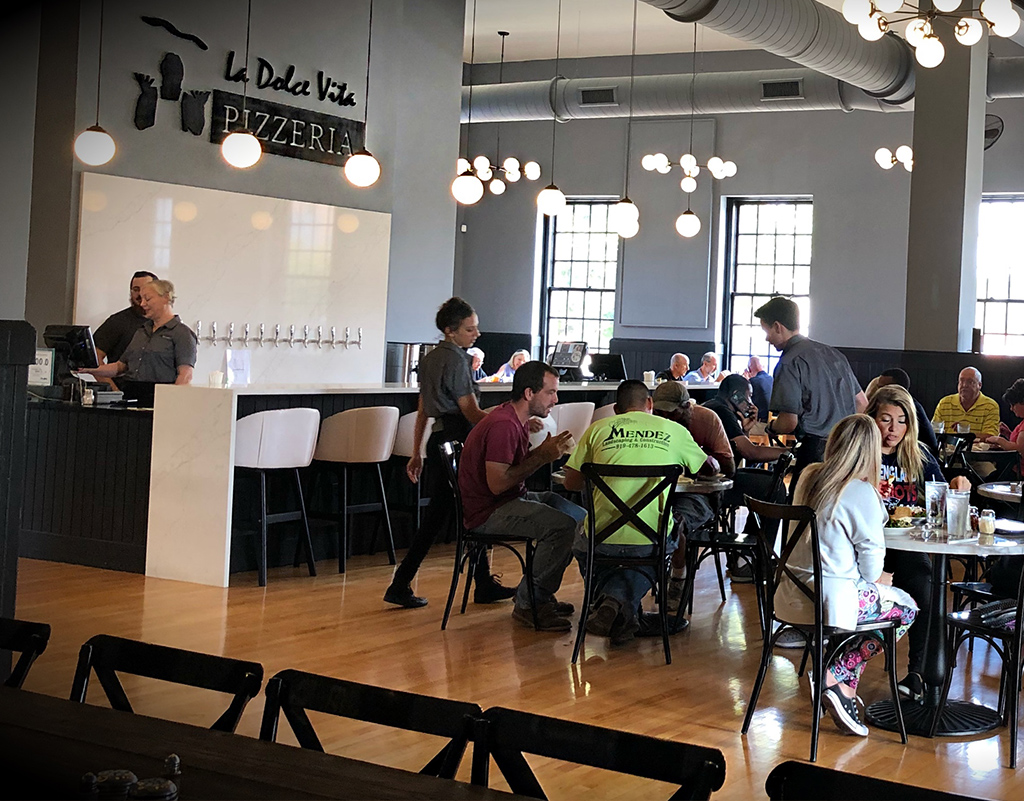 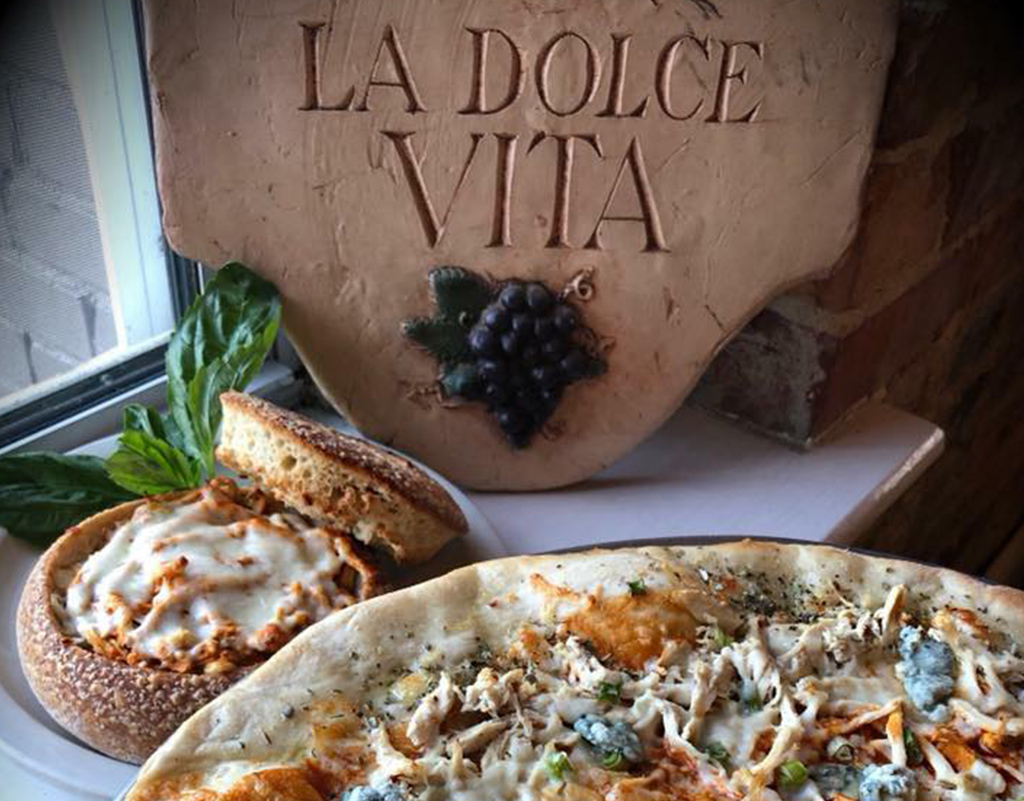 La Dolce Vita Pizzeria was built on the belief that pizza should be special, and we carry that belief into everything we do.

La Dolce Vita Pizzeria opened December of 2001 at its’ original location in Sanford’s Old Town Hall when owner, Renee Fincher returned from a 10 year stint in Alaska. Fincher worked with the cruise lines several years before purchasing an existing pizzeria on the Juneau waterfront. The authentic Italian pizza dough and sauce are still made in house daily.

In May of 2017, Fincher made an agreement with the City of Sanford to purchase the Federal Building at 226 Carthage Street as part of an Economic Development project aimed at reusing an existing vacant building and creating/preserving jobs within the community. The new location features the original maple and terrazzo floors, plaster walls, wainscoting and moldings. The décor is reminiscent of the buildings’ 1930 origins.

The new location offers a new bar area and features 16 taps with primarily NC breweries. A gelateria will open in the building’s foyer at a later date.

Authentic Neapolitan pizza is our passion. Italians believe great food requires the finest ingredients - and so do we!

Nothing pairs better with hand-crafted pizza than NC craft beer. 16 taps pouring a brew for every palate.

We are first come, first serve
and seat when the entire party
is present.